#FlashbackFriday with this childhood favorite.

Hi all! I can admit I’m a child of the 80’s and Campbells soup was a big thing in our house. This is a recipe that my mom made for us all the time when I was growing up. Sometimes she used chicken while other times she made it with meatballs. The creamy mushroom and onion sauce is what delivers all the flavor. Sometimes she used water or broth and other times she used wine…always Chardonnay. I think that the days she made it for us with water, were the days we probably drove her to drink the wine instead of cook with it! I kid…love you Mom! The wine really is the secret ingredient making the sauce rich and the chicken tender.

I’ve lightened up my Mom’s recipe by using 98% fat free cream of mushroom and dare I say it….added in the veggies she left out when we were kids. You can use any mushroom but I love the earthy taste cremini or baby portabella mushrooms deliver. She would bake hers in the oven for an hour at 350 but mine cooks slow and low all day in the Crock-Pot.

This recipe gets better each day and freezes well to. Eat it straight up or enjoy it over steamed rice or buttered egg noodles. 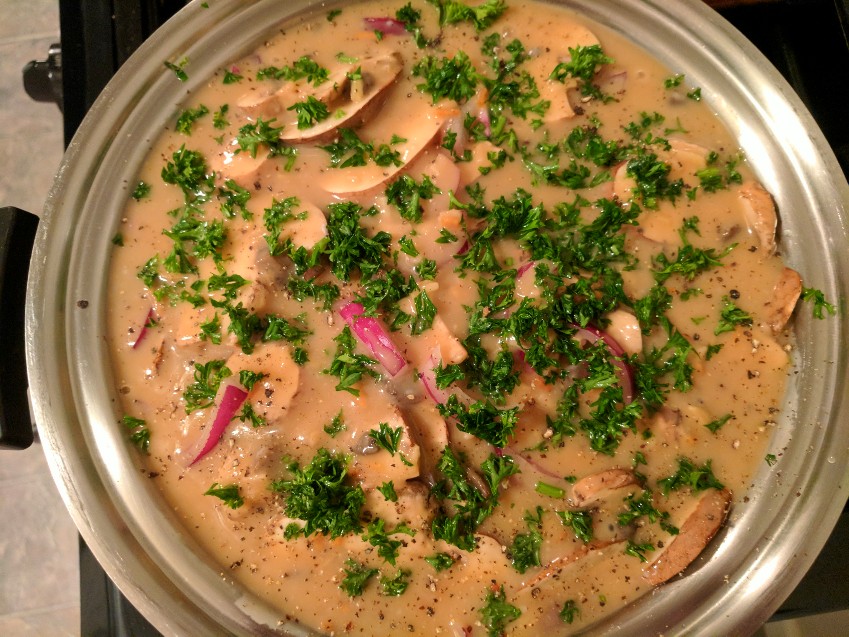 *Note: If you’d like a thicker sauce like gravy, stir in 1Tbsp corn starch or arrow root into the soup mix before cooking.

Makes 8 servings, 1 cup each for 3 Smartpoints

I like to layer the veggies with the chicken but you could just put everything into the slow cooker at once. 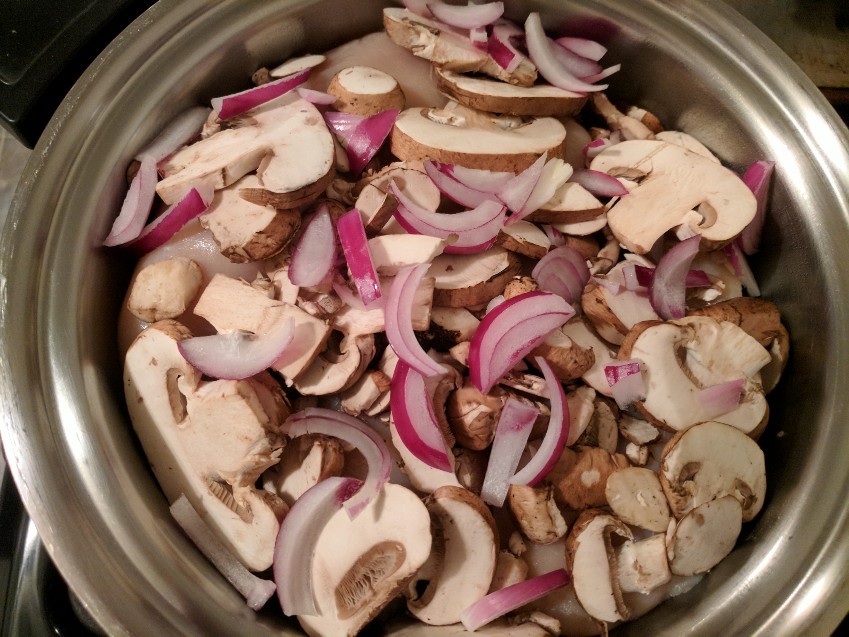 Sprinkle with parsley if using. Cover and cook on low for 8 hours, give or take.

Remove chicken and roughly slice into big pieces. It will shredded slightly but that’s ok. 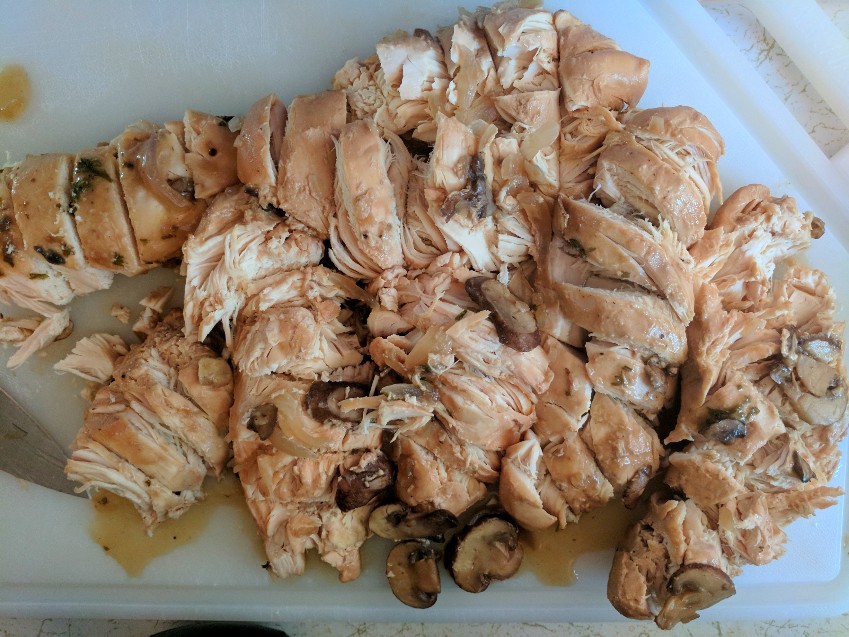 Return it to the sauce and season to taste with salt and pepper. Tadah! Super, not so fancy, healthy Chicken in a delicious mushroom wine sauce. 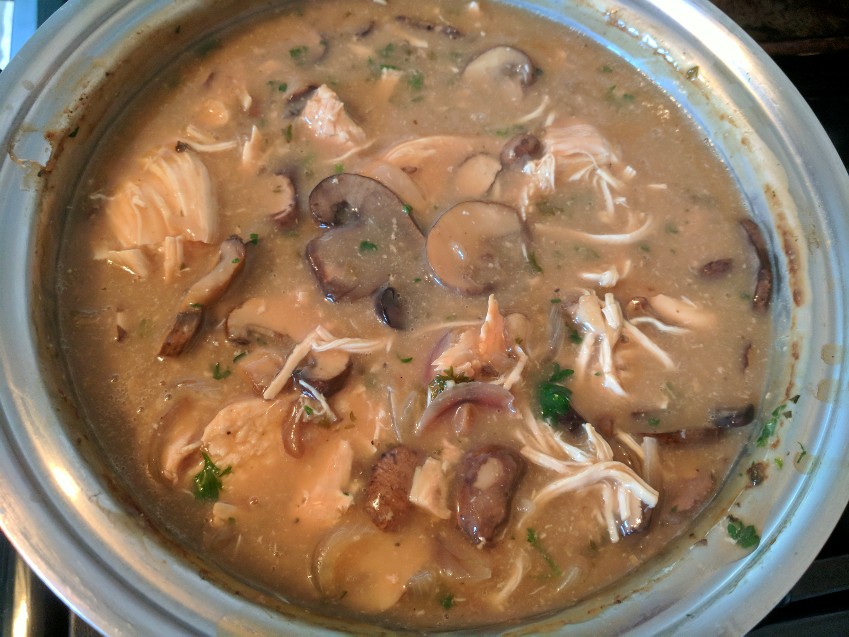 I cooked mine over night and totally sampled it in the morning to make sure it tasted good.

It was delicious! I could’ve had a bowl for breakfast. The Husband made me laugh saying it’s too early for him to start drinking. I told him the alcohol burns off as it cooks but I don’t think he believed me lol! 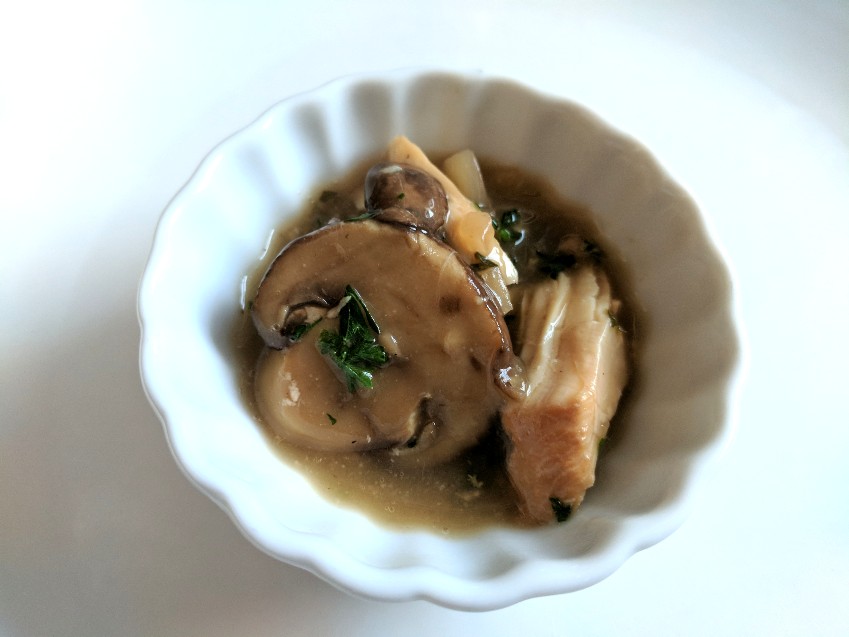 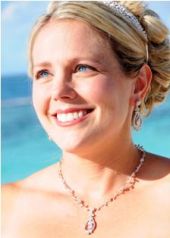 Whether she’s enjoying a dish at a local restaurant or whipping up a crowd-pleasing, nutritious meal at home, Danica has a passion for all things food. She believes in and follows the Weight Watchers principle of “all things in moderation” and chronicles her culinary adventures here. Besides sharing her daily eats and tasty, nutritious recipes, Danica connects others seeking a healthier lifestyle on her site and shares her travel adventures with her husband around the world.